In one of our more popular campaigns, we take the Law and pitch it against the game of Rugby League in a comparative face-off.

The United Legal television campaign consisted of three commercials.   In the initial sequence we wanted to rub shoulders with real people and portray United Legal as the approachable, down to earth law firm that everyday people can trust with their issues.

As a well-known and respected sporting celebrity in Canberra, Raiders star Josh Papalii was our influencer of choice for United Legal’s advertising. Playing for the Canberra Raiders, Josh is easily recognisable within the community.  His fun and caring personality made him was an ideal match for the tone and style of the advertisement.

Two of the commercials talk to proven results and client focus, using football analogies to explain United Legal’s success. We use a score board in the ‘results’ commercial to show how much greater United Legal’s results were in comparison to their competitors. The commercial ‘Focus’ shows that they are there to win and back this claim with effective strategy.

The third commercial is about United Legal’s charity work and community soul. Delivered with a light touch of comedy, the film commences with Josh saying, “Hey Pete there’s a dog in your office” and goes on to explain the firm’s philanthropic links to the Ricky Stuart Foundation and the RSPCA. Giving back to the community delivers a clear message of kindness and care.  Key values that make these lawyers, the kind you want to talk to. 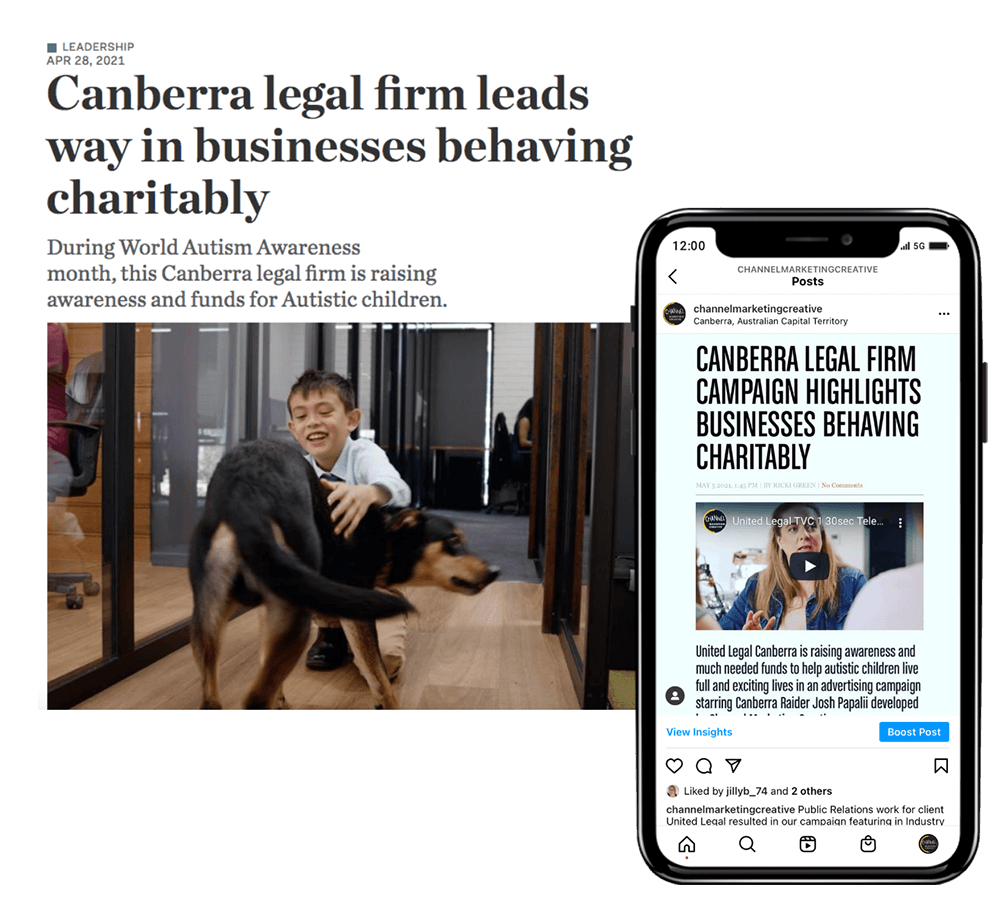